Peru was recognized this Thursday, November 28, as the best culinary destination in the world for the eighth consecutive year at the World Travel Awards, which was held in Muscat capital of Oman, in Asia. Our country was also awarded as the best cultural destination and the same was done with Machu Picchu as the biggest tourist attraction in the world. The World Travel Awards are the most prestigious awards within the framework of the tourism sector worldwide by recognizing since 1993 excellence in the universe of travel and hospitality.

The renowned Peruvian Gastronomy conquers palates and has become a travel motivator for thousands of people, so Peru was awarded the best culinary destination award in the World.
“Best Culinary Destination in the World”, “Best Cultural Destination in the World” and “Best Tourist Attraction in the World: Machu Picchu” were the three awards for which the international tourism industry awards our country. This is not the first time that Peru triumphs in these categories, being the recognition of our gastronomy the most awarded for eight consecutive years.

Among the typical dishes of Peruvian cuisine we can find the ceviche, the huancaina potato, the aji de gallina, the anticuchos, the sauteed loin, rice with chicken, the guinea pig, the tacacho with cecina, the potato and the rocoto filling , the tamales; between many more.
Peruvian cuisine is also recognized for its coffee, cocoa, pisco and native products such as maca, or quinoa, or the various types of potatoes; or fruits such as aguaymanto, camu camu, custard apple and lucuma, among others.

But how do you explain this preeminence of Peruvian cuisine? The quick explanation speaks of two factors: a splendid and varied pantry and the lack of repairs to mix. The cultural mix of the Peruvian proper with the Hispanic, Italian, Japanese and Chinese influence has made Peruvian cuisine one of the most attractive in the world. Arguably, Peruvian cuisine mixes without east and west. Peru has a gastronomy based on products more than 3,000 years old. The result is a huge recipe book, with approximately 491 typical dishes. 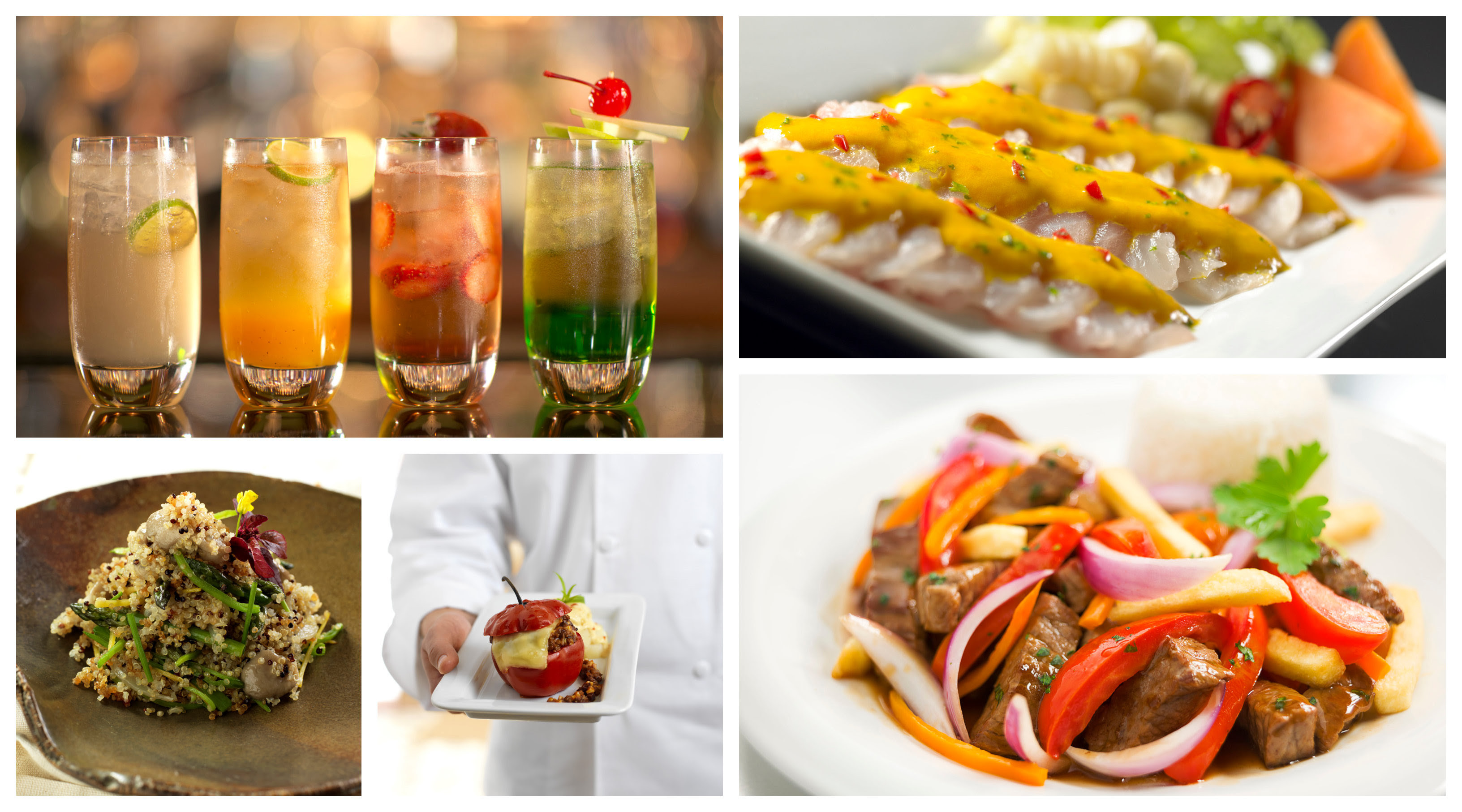